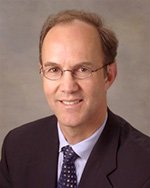 Bob Amador’s practice is based in Los Angeles County, California where he specializes in healthcare law, business law, collections, and litigation.  Bob was formerly an associate at Paul, Hastings Janofsky & Walker and Jeffer, Mangels Butler & Mitchell, two large Los Angeles business law firms. Subsequently, Bob went in-house and was Chief Legal Counsel at Travelers Health Network a subsidiary of The Travelers Corporation.  Thereafter he joined Maxicare Health Plans, Inc., a large publicly traded health maintenance organization where he was Vice-president and Associate General Counsel. Since 2000, Bob has been in private practice representing numerous businesses and healthcare providers and entities, big and small, and is a founding partner of Amador Kelly, LLP.

Mr. Amador received his J.D. degree from Stanford University in Palo Alto, California and his B.A. in Government from Pomona College in Claremont, California.  Bob is admitted to practice before the California Supreme Court, the U.S. Supreme Court, the Ninth Circuit Court of Appeals, and the U.S District Court for the Northern, Central and Southern Districts of California. Mr. Amador is married with two children. He is a competitive tennis player and avid backpacker and reader. 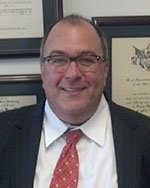 Warren Kelly has been prosecuting and defending civil litigation matters for over twenty years.  Mr. Kelly started his legal career working for large firms with national and international practices, including Lord, Bissell & Brook and Hancock, Rothert & Bunshoft.  He launched his own practice in 2001, and became a founding partner of Amador Kelly, LLP in 2004.  He has successfully represented Fortune 500 companies, including health care providers, manufacturers, construction companies, and employers of all sizes.  His practice today centers on employment, business litigation, collections, healthcare, and intellectual property.

Mr. Kelly earned his Juris Doctor Degree from the University of California, Hastings College of the Law in 1993, and has been practicing law continually in the Los Angeles area ever since.  He obtained his B.S. in Mechanical Engineering in 1985 from Cal Poly, San Luis Obispo, and worked as an aerospace engineer for several years before going to law school.

Mr. Kelly and his family make their home in the South Bay.  In his off time, he enjoys bike riding, working in the community through his Rotary Club, and going to Dodger games.